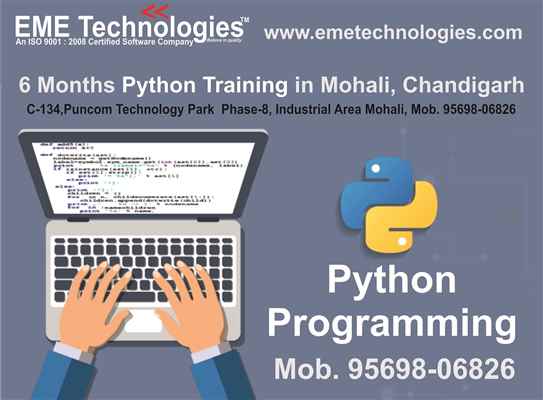 Many programmers like python language because of the productivity provided by it and there are not any complicated steps in it. Guido sir wanted to use an interpreted language, so he decided to create a language that was extensible and was later called as python. Python has a very simple syntax and is much easier to read and write as compared to other languages. Python is a free and open source anybody can use or distribute python even we can change source code of python according to our requirement. Python is portable language we can move its programs from one machine to another and can run it. Python is an Object-oriented programming language that helps us in solving complex problems by dividing problem into smaller sets called modules. Now a day there is a huge demand of python developer in the corporate sector. One can nourish his/her skills by joining our 6 months/weeks Internship training program. EME Technologies is providing best 6 weeks/months Pytho

Fill the form below and the advertiser will contact you shortly -

More Ads from this Advertiser